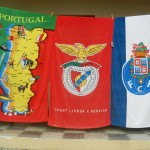 I recently came back from a fabulous two week tour of Portugal with three friends and wanted to recommend it as a holiday, if you are looking for somewhere new. Our total spend per person for 14 days was less than £600, including car hire, tolls, petrol accommodation, food and entry tickets. (Admittedly off season in the second half of September.)

Portugal is a small beautiful country with a fantastic road network, almost empty of cars – at least when it’s not high holiday season. And it has fantastically good value and welcoming guest houses and hotels with big rooms and big breakfasts. It also is child-friendly. If you want the best value holiday, discovering hidden treasures and enjoying beautiful walks, here’s a tour with great places to stay in central and north Portugal. We went in mid-late September.

Carcavelos to Marvao – about 3 hours – a medieval village, white buildings with huge castle perched on an escarpment overlooking Spain to the east and the mountains and valleys of Portugal, and fronted by beautiful gardens.

Nights 1 -2
The first guesthouse, Quinta dos Trevos near Ladoeiro – a lovely and welcoming, rustic and wholesome B&B, for two nights. The hosts are entrepreneurial eco-artisans in metal, wood and textiles – and home made food.

Day 2
Quinta dos Trevos is a good base for exploring the ancient border villages in central East Portugal, dating back to 9th century and earlier. The three we want to were charming in different ways.

Idanha-a-Velha – a walled ancient village dating back to Roman times, with a few Roman ruins, narrow streets lined with stone cottage and a good cafe. 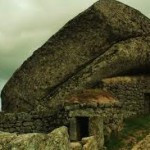 Monsanto, a village built high up on a hillside around and among huge granite boulders, topped by a huge ruined castle, with fantastic views 360°.
Penha Garcia – another village clambering up the hillside with a castle and a small fossil museum with big fossils – and a lovely swimming pool on the edge of the village fed by the dam nearby.

Day 3
Depart Quinta de Trevos, heading into the Serra da Estrela, stopping at Sabugal, a quiet town with a five sided castle and huge tower, above a river. Then Sortelha – a well-preserved/renovated walled village with narrow flagstoned / cobbled streets running between houses built on/over/under granite boulders. A ruined tower stood in the corner, its walls on rocks above the deep valley below. Very charming. A perfect habitat for hobbits. 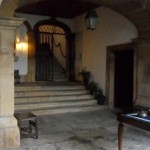 In Manteigas, a sprawling town-village with little to offer (off season) and a small choice of restaurants – at least from what we could see. Our guesthouse, Casa Das Obras however, was special – an 18th Century museum of a place, with lovely large rooms and a gorgeous garden with a swimming pool, grape vines and fig trees. 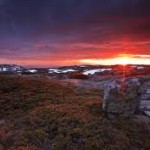 This allows two days for walking in the Serra da Estrela, but the area merits a longer stay if you like walking. Driving is enjoyably hair-raising – roads winding up and down hairpin bends, with steep drops down the mountainsides, including up to Torre, the highest point in Portugal, a desolate dome high above the surrounding valleys, where the Portuguese ski in winter. 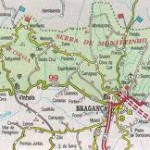 Travel to the north to the high hills of Montesinho Park. On the way check out Trancoso and Mariavela. Trancoso had a real 18th C charm about it. Narrow streets, lined with hydrangeas, and stone buildings, more elegant than the other places we’ve visited. Mariavela was like a ruined Sortelha, a walled town once prosperous until about 200 years and then deserted, with the new (but by now not that new) village being built below, and the ruins gently returning to nature. 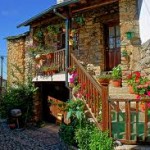 In the remote village of Montesinho – a gorgeous informal hotel with a pool – Lagosta Perdida (the lost lobster) – run by a Dutch man, Robert and his English partner, Sally, situated in the middle of the village. Robert cooks delicious food and provides packed lunches on request. And their dogs are very friendly. 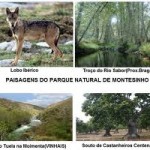 The border with Spain is lined with wind turbines – not exactly scenic, but easy to turn your back on. You need to be a hardy walker and good map reader for most of the round trails, though there are a few shorter ones. 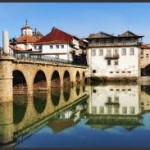 Porto, via Chaves – a pretty town on the edge of Montesinho, with a superb Roman bridge. It shows the typical Portuguese combination of decay and renovation, with little dynamism in low season. People hanging out in squares with nothing to do, old and young, women and men.

The arrival in Porto can be a bit of a culture shock with its busy roads after so many hundreds of miles of empty ones. 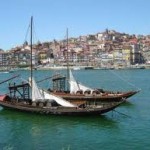 Nights 11 and 12
Stay in the lovely Cosme Guesthouse to the east of the city. Welcomed with a glass of port, and great suggestions for touring the city.

Day 11
Porto in a day! You can see the main sights in one day if you have the energy, including a visit to the underwhelming mercado, a coffee at the Majestic cafe, a climb up the Torre, a 50 minute trip in a boat on the Douro – seeing the 5 bridges – and a ride in the cable car up to the monastery. If you want to take in port tasting – plenty on offer – you might need another day. 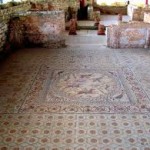 Porto to Coimbra, a university city which we decided not to do because the weather was suddenly unreliable and we wanted to see the Roman archeological site of Conimbriga, about 10 km south – a fantastic excavation, full of wonderfully preserved/renovated mosaics and extensive foundations, drains and walls. 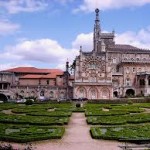 Vila Aurora, Luso – a fabulous 19th century nobleman’s house, stacked to the gills with gorgeous furniture and ornaments, the original wall paper in some places. Updated as a hotel in the 1970s, it has a slightly tired air but is full of character. A tower at the top allows views all around. Luso is a spa town with its own supply of mineral water, an Olympic pool in the faded Grand Hotel, tennis courts, fountains everywhere, and thermal baths. It also is right next to the stunning Bussaco gardens/forest.

Day 13
Bussaco Gardens – you could easily spend a day here. It has lots of trails, with great views and lovely garden features. Park at the overwhelming Palace Hotel. There are picnic areas and restaurants, and a fabulous hotel to gawp at.  (If you want a good value luxury deal in this eccentric 5* hotel try booking.com)

Back to Carcavelos for Night 13 before departing