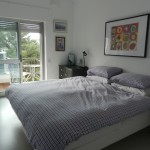 Welcome to the blog about my lovely apartment in Carcavelos on the Lisbon coast, in Portugal.  As well as providing information about the apartment in the drop down menu here, I’ve added lots more about the local area and places close by. It’s a special place by the sea where you can watch wonderful sunsets and is close to Lisbon and all that wonderful, white city has to offer. So you can have two breaks for the price of one. I hope you enjoy the blog and that the information will encourage you to visit. I look forward to welcoming you there sometime soon.